WORLD ENOUGH OBSERVED….Connecting with the people of different lands.    Travel with a difference.

This is about one of the journeys to over 60 countries.

Above at the Bangkok  FLOATING MARKET.

Thailand, different then any other Asia countries is deeply rooted in the Budhist culture. Population of 70 million people. People are very industrious and innovative in earning their daily livelihood, from street food vendors to floating markets to nightly open street markets selling from clothing to all kinds of necessities.

BANGKOK is one of the world’s most fascinating cities. The city that never sleeps, it is bustling day and night with activities. It is known as  “City Of Angels”,  with large percentage of young girls moving from rural areas in search of work. The population is imbalanced with more girls then b

From Bangkok to Chiang Mai, Chiang Rai and  to the border of Myanmar (Burma). This point is known as  “TRIANGLE” with three borders  Thailand, Burma and China. 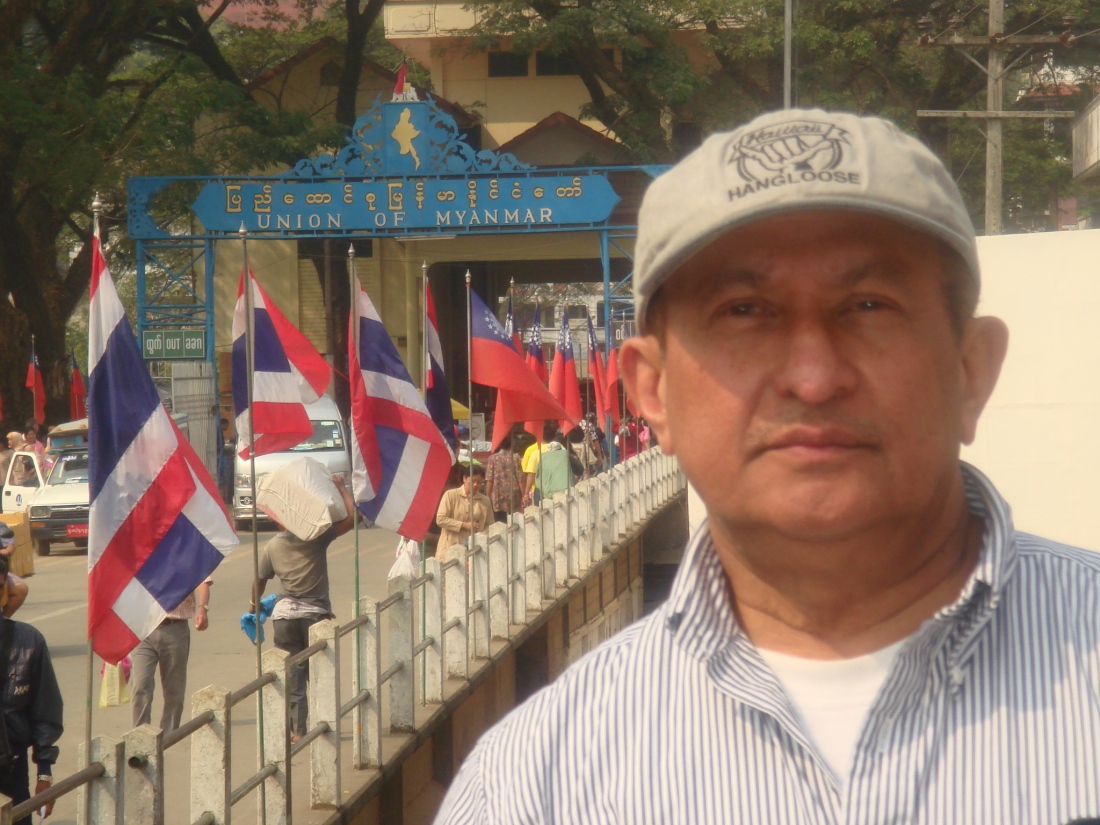 At the border of Myanmar and Thailand.

At the Northern Most point of Thailand,  with saffron clad Budhist Monks.

Here you encounter  men wearing skirt-like  longyi and women with  slim bodies  and  wrap around and  in sandals mothered in traditional make-up. This corner of Asia has changed little since British Colonial times. It remains a troubled land with military in power and very little or no freedom for the population. There is a quasi-civilian government with Aung San Suu Kyi released from a long house arrest. But the power remains in the hands of the military. The civilian population are gentle, humorous, engaging, inquisitive and passionate. They are one  of the most wonderful people.  They live under harsh conditions economically and physically under Military rule.

The last Mughal Emperor in India  Bahadur Shah Zafar in late 1850 was exiled in Burma by British when they defeated the Mughals.

Inside the  Shwedagon Paya, the most stunning monument to religion in South East Asia, the sheer size and mystical aura of this glided masterpiece is awesome. Above a young couple encountered praying at the Pagoda, talking to them , they come to pray for Blessings before their intended marriage shortly; a very holistic approach to life.

With a Burmese family.  Many come to  Park in the evenings amid extreme hardship under military rule.

Two young girls floating on the river offering for sale drinks and eatables to people crossing the river on the raft.  An ingenious marketing idea , they are floating on inflated rubber on a river that is very deep. 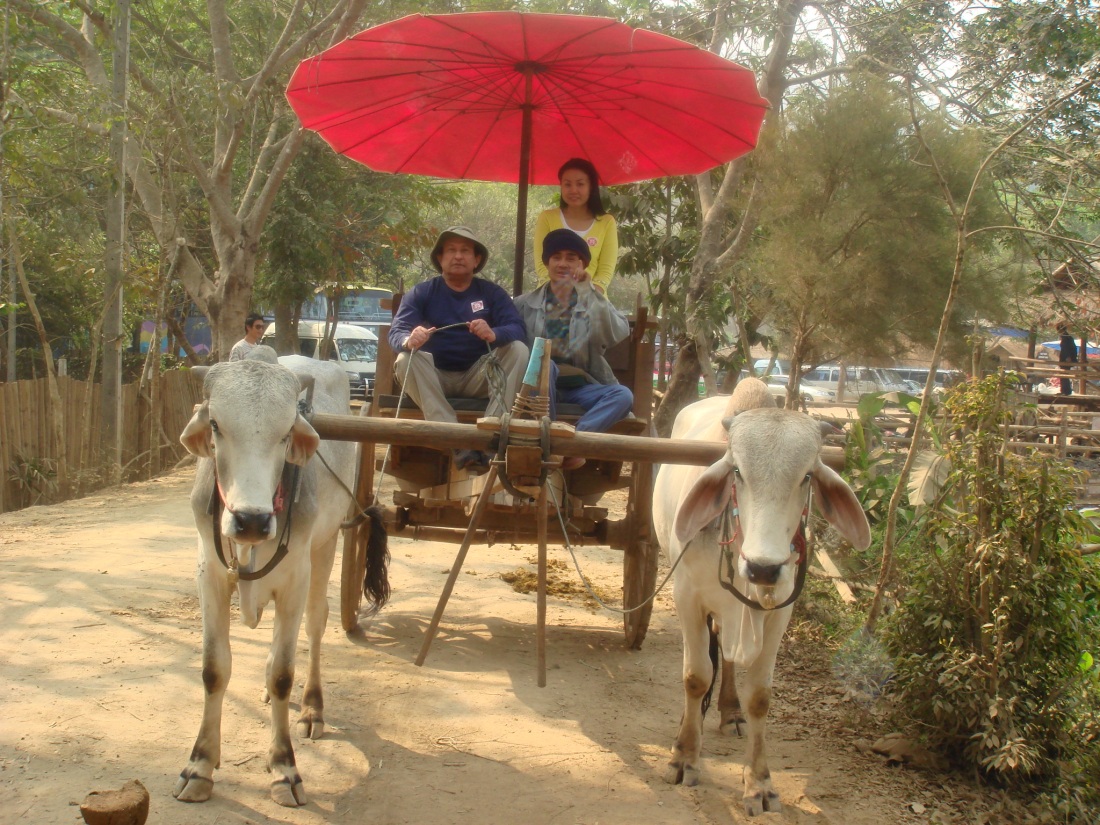 Exploring the surrounding villages Northern Thailand accessible only on Bullock carts. Here husband wife team were ready to show me around for few Dollars.

My little friends in the village. They grow up in poverty.

Karen  People are persecuted in Myanmar by the military. They had to flee to the refugee camp on the border of Thailand. They grow their own food and live stock and survive. They make souvenirs but very few foreigners come  this far. The World has forgotten them. Above are tribal people. Other regular Karen people had to flee to this corner, they formed their own armed military resistance defending from the Mynamar military. Thailand is supporting them on their border and are benefiting in taking away their precious commodity ..Rose Wood, world renowned for expensive furnitures and used in palatial homes.

My little friend , Karen baby – so innocent and pure, I wonder what future lies ahead for her.

A nowegian couple and myself hired a boat to sail from Bangkok to a  remote Island of KO-SAMET.  A boat was found with a very young  THAI girl as Pilot.

A NEAR DISASTER AND TRAGEDY. 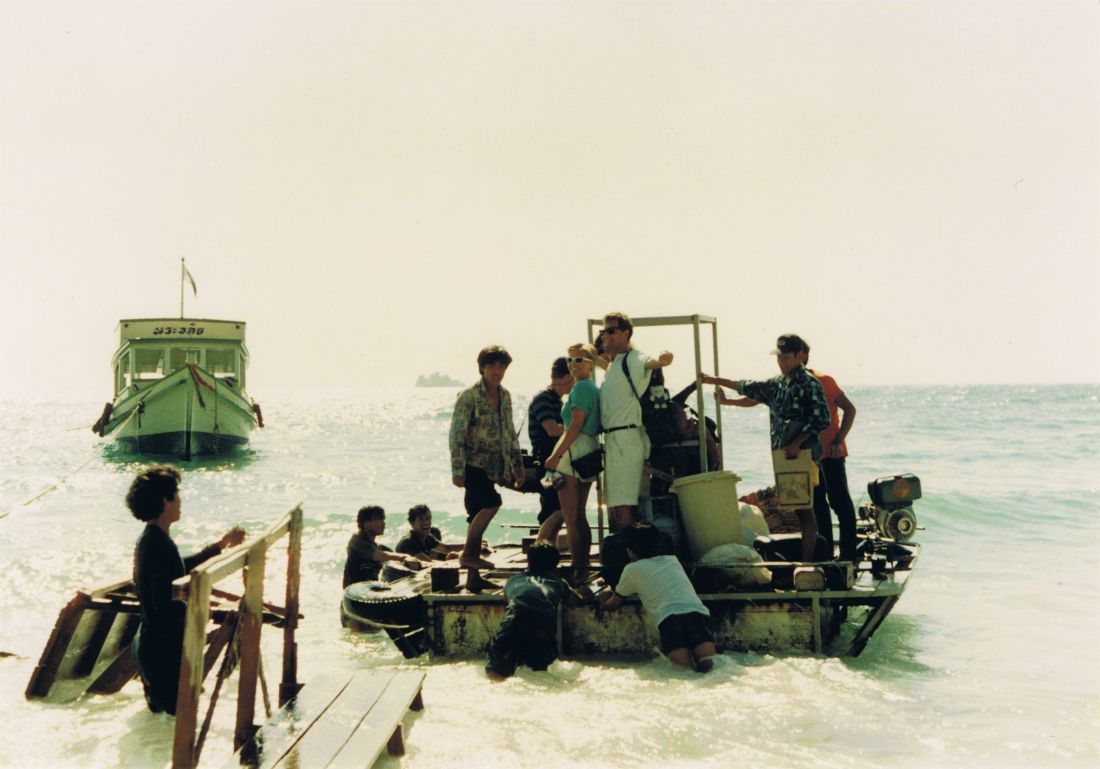 In the middle of the Ocean  a powerful Typhoon ( came to be known as Typhoon Gay ) a violent hurricane came up without warning. Clouds gathered,  dark sky and powerful winds. The ocean turned into a menacingly high waves, tossing and turning the boat from side to side, water flowing into the boat, a panic developed,  they were only two life jackets in the boat and the Norwegian couple quickly snatched them.  I was left hanging to the boat thrown from side to side.  At this point the young Pilot sitting on high deck struggling with  the steering but vey calm and confident, signaled me to come up to the upper deck and sit next to her holding tight to the boat.  These were tense moments.

After many tense hours the boat gradually reached the Island but was unable to go up to the shore with heavy winds and the waves still crashing on the boat.  After several hours of attempt, the very kind Thai people on the Island brought in a barge and a narrow wooden platform with a great struggle up to the boat. They helped us three getting on to the barge while the boat from far kept a watch.    Courageously and with tremendous collective efforts, the good people of Ko-Samet  gradually pushed the barge to the shore and we managed to land on the ground.

The young Thai girl pilot with her assistant to her right. In memory of her concern for my safety I  requested to take a photo with her before leaving the boat to the barge. God Bless her.

After the ordeal on the Island calm prevailed.

With a  Japanese visitor who had come to the island earlier,   All of us had to stay on the Island with a very basic hut accommodation until the  typhoon subsided.

BRITISH PRISONERS OF WAR during their long captivity under Japanese occupation during Second World War constructed  the SIAM-BURMA Railway  on the River Kwai  and a Bridge, crucial for Japanese to move military forces towards occupying Burma and on to India. 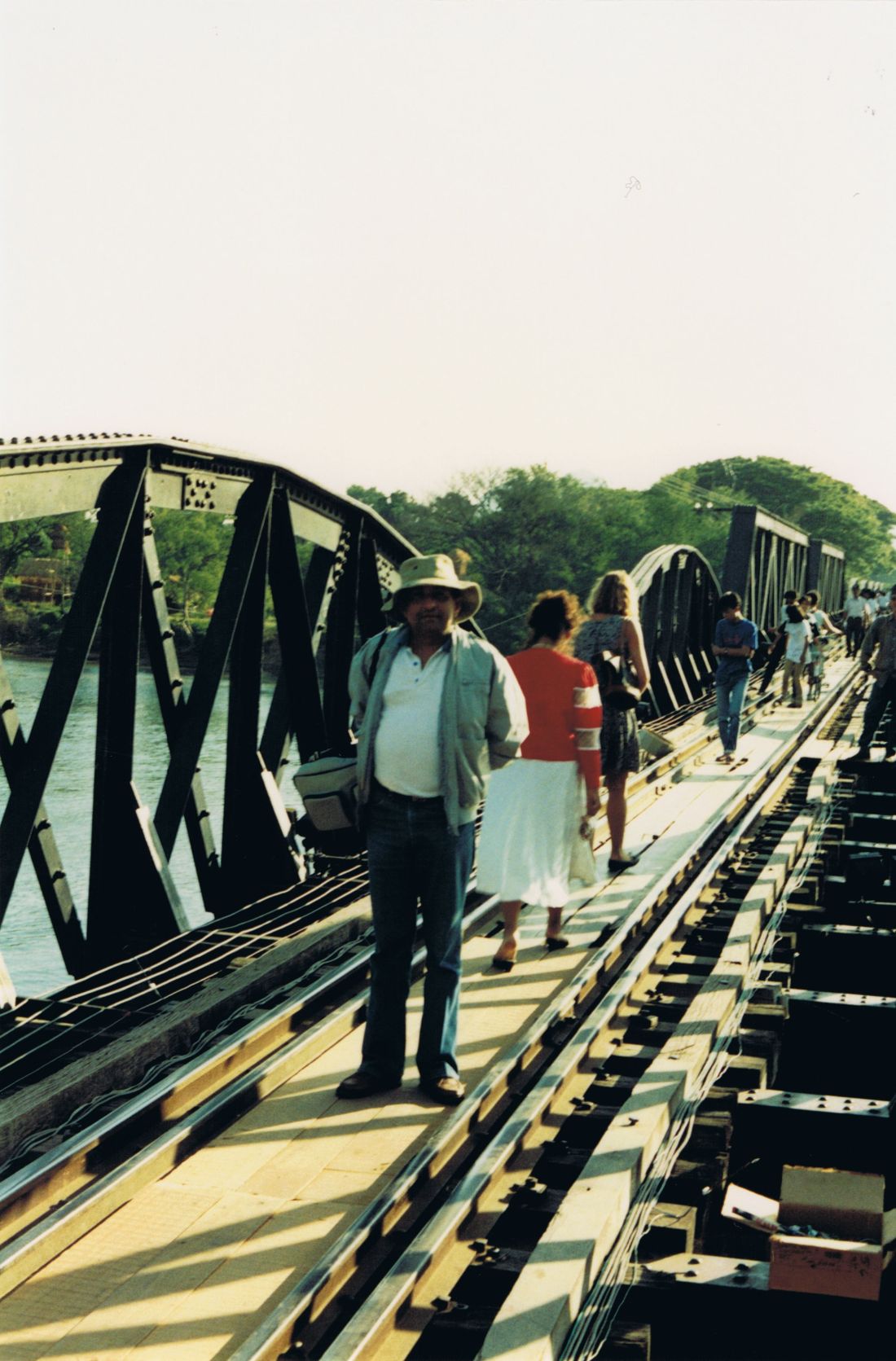 On the River Kwai Bridge.

In honour of British Prisoners Of War who perished while building the  SIAM – BURMA  Railway under  brutal  Japanese  occupation.

ALL PHOTOS ARE COPYRIGHT.

Malikbhai, Your zest for life is very inspiring and contagious. Pray continue the good work. View all posts by nizartravels